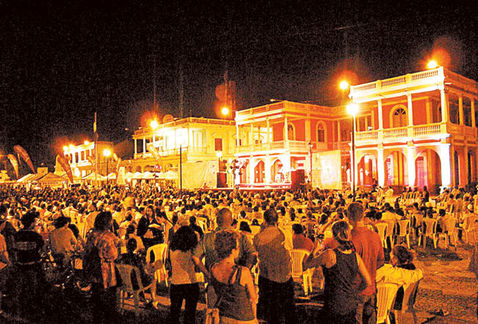 thousands of people attend the readings of the international poetry festival of Granada, Nicaragua. 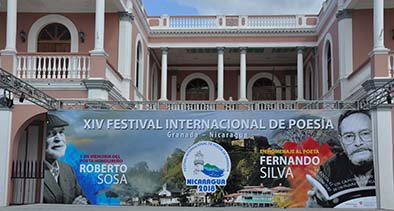 a tribute to two important poets 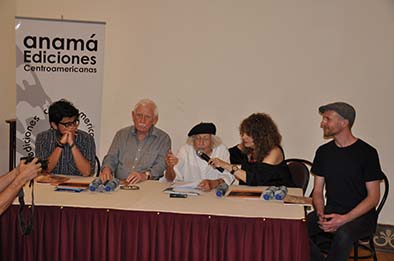 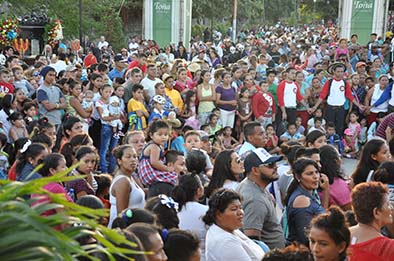 a poetic feast for old and young 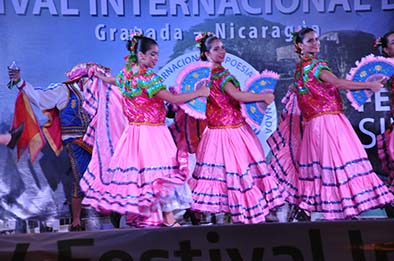 folk dances, a delight for the eye 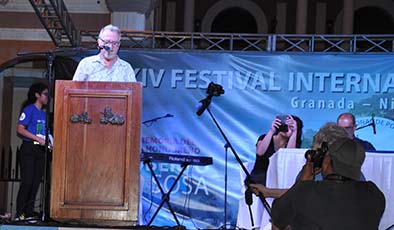 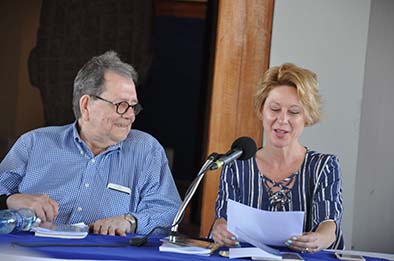 Francisco de Asís Fernández, president of the festival and his American translator during the presentation of the English publication of “The Tiger And The Rose”. 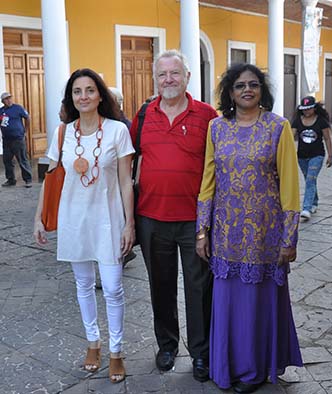