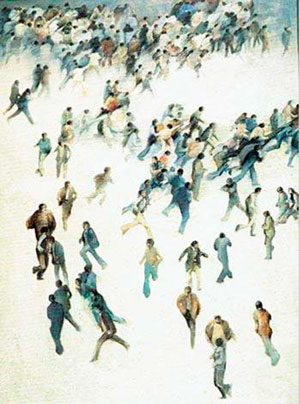 After the uprising of the 17th June,
The Secretary of the Writers’ Union
Had pamphlets distributed on Stalin Avenue

Stating that the people

Had forfeited the confidence of the government

And could only win it back
By redoubled efforts. Would it therefore
Not be easier for the government
To dissolve the people and
To elect another?