The International Poetry Week in the Chinese Panda province was spectacular: a symphonic orchestra, ballet, visit to the panda park and recital of poets with international fame from all over the world. 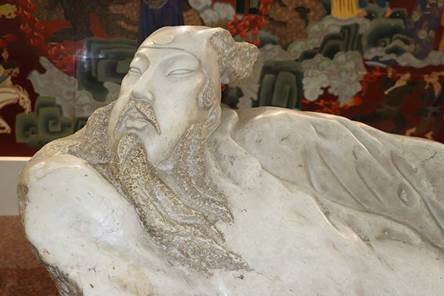 Flowers were blooming so gaily,
and all around was green
peaceful and dreamingly
like the pandas in the trees.

The dance and the show were fascinating.
But the poet remained thoughtful,
meditating and questioning
the future of Time.

***
At the Chengdu poetry festival, the Chinese poets did not read, but shouted their poems; by “Change” the poet refers to the USA, losing its power as world leader, gradually being replaced by the Chinese, pushing to replace the US from power. These Modern Times are characterized by emptiness, by protests and demagoguery.
The poet, Du Fu alike, who lived in times of turmoil, is worried about the future of Humani