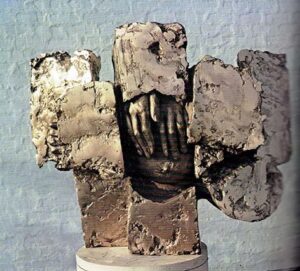 In memory of Independence Day

A bright smile appeared on his face.
He was a rebel, there was nobody like him.

Did he despise the silence of God in face of the war drums?
“Nobody knows.”

As present as the light
is the stinking smell of prisons in the universe.

The man who lived twice left this world.
He buried the loop of his life in the heart of the night
…and disappeared.

Translation by the author and Germain Droogenbroodt

Larbi Ben M’hidi was a prominent revolutionary leader during the Algerian war of Independence. He was captured by French paratroopers and executed whilst in custody. Larbi Ben M’hidi is a national hero in Algeria and is a symbol of the revolution that brought an end to French colonialism.